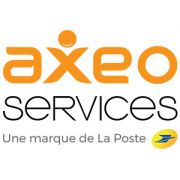 The new-style maids come with tax benefits, but not their traditional dress

Adam Sage in Paris
Eliete Gomes Ricardo cooks, scrubs and irons. She will also shine your shoes, pop out for a bottle of champagne in an emergency and buy a bouquet of flowers for your wife if you have forgotten your wedding anniversary. She might also save the French economy.

“We are at the beck and call of our customers,” she told The Times. “We do whatever they want so they don’t have anything to worry about when they get home.”

Meet the modern French maid — a profession given a new lease of life by a government attempt to create a service economy. With France’s diminishing industrial base certain to shrink farther during the economic crisis, ministers said this weekend that they were banking on the €15 billion (£12.5 billion) domestic sector in the fight against unemployment.

Laurent Wauquiez, the Employment Minister, said that fiscal incentives would help 130,000 people to find work as cleaners, gardeners, nannies, home-helps and other services à la personne — a third of all jobs created this year. He was speaking at a trade fair in Paris where domestic services firms such as Axeo and O2 listed the domestic employees — from DIY experts to cooks — who have been made tax deductible. Among them is the maid, a role that had almost disappeared and which is staging a comeback.

Mrs Gomes Ricardo, for instance, is among ten or so gouvernantes employed by Axeo to help the well heeled with the travails of daily life. Like her 19th-century counterparts, she ensures that her customers are dressed, fed and spotless. Unlike them, she goes to work in ordinary town clothes — trousers and a blouse — and not in the traditional black dress and white apron with a feather duster.

“I look after four families in the Paris region and I spend two hours with each of them a day,” she said. “I do the ironing, the washing, the cleaning and the cooking. I make sure the fridge is full and that there is a meal ready for them when they come home.

“If they want their shoes shined, I do that. If they get home from a business trip and want to go off to see their parents for the weekend, I get the suitcase ready.

“Then there are all sorts of emergencies. They’re having a dinner party and they’ve forgotten the champagne or they need flowers for their wife. I will sort all that out.”

Mrs Gomes Ricardo, 38, costs €25 a hour, but 50 per cent of that can be deducted from income tax under the government policy of promoting domestic services. She is paid about €12 an hour by her agnecy.

“Frankly, with people working longer and longer hours and more and more women working, I can only see this service growing,” she said.

Julien Moineau, the chief executive of Axeo, agreed. “The English understood a long time ago that we had to move to a service society. We’ve only just realised that in France and that’s why the Government is trying to accelerate the change.

“In the 19th century, the French were reputed for these sorts of services, but today we’ve got a lot to learn from the Anglo-Saxons.”